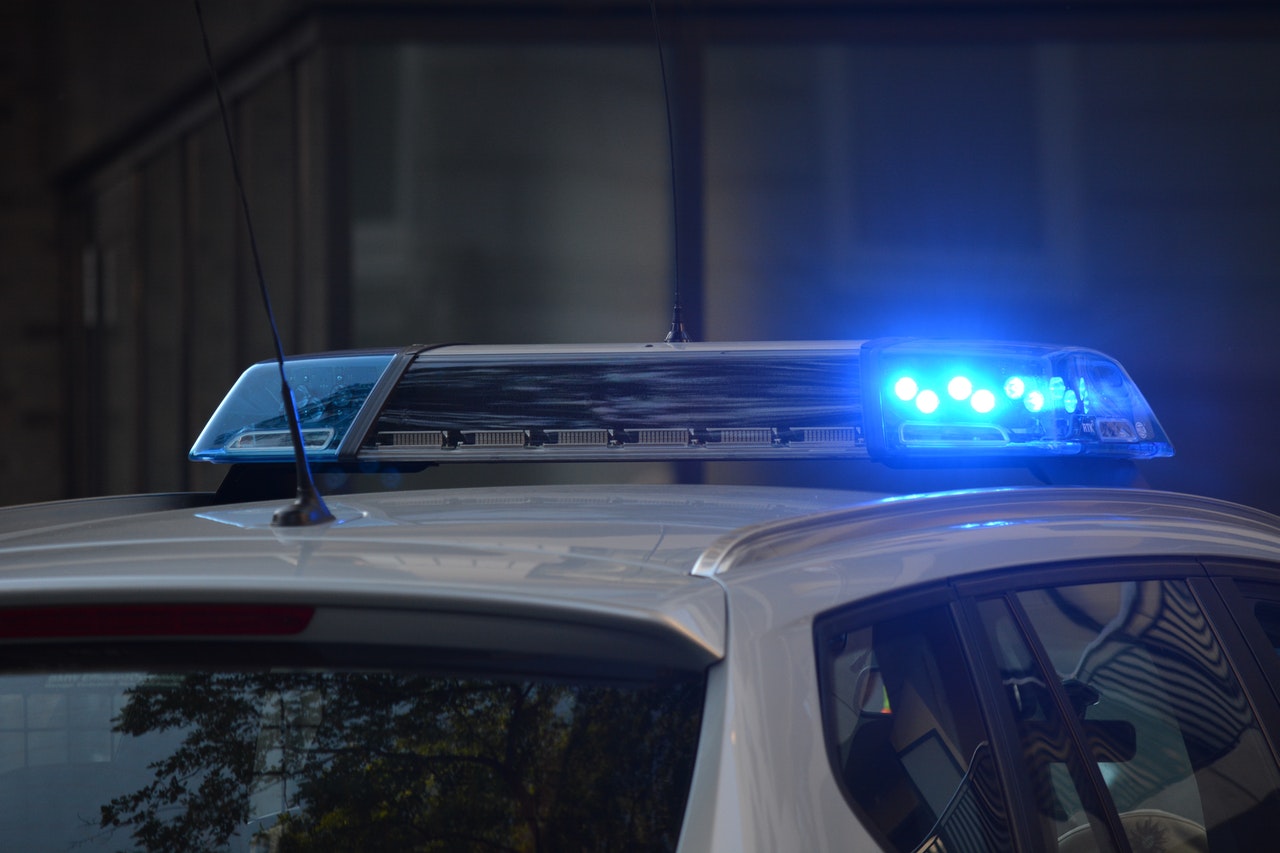 I was born to an Irish father and a Hispanic mother. My name is very Irish but I favor my mother’s looks. Either way, to most of the world I just look “white.” Ironically, the only time I remember being racially slurred was when my mother cut straight across my black bangs and a kid in junior high believed I was Chinese. I tried to explain but he didn’t get it.

In short, I don’t know what it’s like to be a racial minority. I don’t know how it feels to be discriminated against on a daily basis because of the color of my skin. There is really no way for me to fully understand or empathize with a black person in America. But, there was this one time where I had an encounter with police power. It was one of the scariest 20 minutes of my life and it briefly gave me a window into how discrimination might feel. At a minimum, it showed me how intimidating a confrontation with the police can be.

It was July of 1995. I was studying for the Arkansas Bar Exam which was about two weeks away. I was tired and stressed. I was studying 14 hours a day and worrying the rest of the time. A friend had given me the key to a study room at the UALR Law School Library. The library closed around 10 p.m. and it was time to go home for the day.

Normally, it’s about a 20 minute drive from the library to my mother’s house in Jacksonville, Arkansas. But, I was in a hurry. I was tired and stressed. I was on the interstate near a place called McCain Mall. I don’t remember precisely how things started, but I probably cut off another car while in traffic.

The other car took offense and tried to cut me off in traffic. So, being tired and stressed, I acted emotionally. I sped up my car and basically the two of us were both aggressively driving down the interstate side by side. I couldn’t see inside the car but I could tell it was a sports car, probably. When we reached the Main Street Bridge in Jacksonville the other car was on my left. The driver turned on the inside light and leaned across a young woman who was sitting in the passenger seat. He pressed something up against the passenger side window so I could see it – it was a badge.

I quickly realized I had angered a young off duty policeman on a date. I assumed he wanted to impress this woman so he motioned for me to pull over. I didn’t. Instead, I slowed down to the speed limit and started driving like I was being tested. The young policeman started tailgating me. He got off on my exit and he followed me for about five minutes while I drove into my neighborhood. I’ll come back to the encounter in just a minute.

In 1995, Jacksonville, Arkansas was one of the most diverse towns in America. We have an Air Force Base that blends races and cultures from all across the world. I grew up in a diverse school system and a working class town where there was not nearly as much social structure as Little Rock. Our family had owned the McDonald’s in town since 1973. We had a great relationship with the police department. We provided all the food for the city jail and the O’Brien name was generally held in esteem by anyone that worked for the city. My family loves Jacksonville and I never had any problems there growing up – until this night. My mother lived on the golf course of the Foxwood Country Club. Like I said, Jacksonville is a working class town but we do have a golf course. In 1995, most people would have described Foxwood as the “rich neighborhood.”

When I was approaching my house, I realized that this off duty policeman was going to follow me all the way and probably try to confront me. I was kind of hoping he would see the neighborhood and think better of his choice. He didn’t. My mom’s house had a circular driveway. When I pulled into it, he parked on the street. When I got out of my car, I calmly started walking to the front door. The house was a Spanish style structure with a flat roof and a covered portico that was about 10 feet long. It was dark outside and the front door light was off. I knew he was speaking, but I couldn’t understand what he was saying. I didn’t want to hear him, I
just wanted to go inside. Then, as I reached my door, I heard:

I remember the next part much better. He said: “You were driving recklessly and you are under arrest.” Quickly, my legal mind turned on and I said: “You were driving recklessly, maybe we both were but I was no more reckless than you.” He told me “You are under arrest and I am taking you to jail.” I said: “I am not under arrest. I am going to turn around and walk inside my house. You have no right to be here. You have no reason to detain me.” I think he started realizing I knew my rights better than most. Maybe he was now thinking about the Foxwood neighborhood and the fact this particular house was one of the biggest on the street. He hesitated,
but then said “I will back here tomorrow morning with a warrant for your arrest and you are going to jail.” I said, “I’m going to turn around, unlock this door, go inside and you need to leave. Otherwise, I am calling the police tonight.” I then went inside and he left.

I was scared that night. I thought he might come back but he didn’t. I woke early and went to my future law office. My law partner was a prominent man in town. He was a State Representative, his family owned the main bank and he was pretty straight forward when he spoke. I told him
what happened the night before. Before the story was even over, he dialed the police department and asked for the Chief, who quickly came online. My partner said: “Chief, you have a young policeman who harassed my partner Pat O’Brien last night. You need to nip this in the bud and we don’t want to hear about this nonsense again.” And, that was that. I didn’t get arrested. I
never heard from this policeman again. To this day, I couldn’t tell you what he looked like, his name, where he lives now or anything. Well, I do remember he was “white” – just like me.

I’m still trying to learn and grow. Lately, when it comes to race relations, I’m trying to listen more. However, my first instinct is to always come up with a solution. That might be a post for a different day. For now, I am trying to understand and empathize.