If it is to be, it’s up to me. – One of many O’Brien family sayings

Where It All Began

The O’Brien Family opened up McDonald’s #1803 in Jacksonville,  Arkansas on January 3, 1973.. Pat grew up around the fast food business working there as a “meat rotation technician” in high school. He then got an undergrad and law degree at the University of Arkansas in Fayetteville. His father, Mike O’Brien, died while Pat was in undergraduate. After five years of private law practice, Pat returned to the McDonald’s business and was Director of Operations for seven locations in Central Arkansas.

In 2004, Pat was elected Pulaski County Circuit/County Clerk. He served in that position for six years. His accomplishments included reforming a voter system that had previously been the subject of a Grand Jury investigation and federal court monitoring. He also launched online court and real estate records paving the way to a modern electronic court filing system. In 2010, Pat was the Democratic nominee for Secretary of State but narrowly lost during the changing winds of politics in Arkansas. Pat also helped to grow a national college textbook retail business, owned a cell phone repair start-up, authored an e-book and then returned to the fast food business in 2015 purchasing a Sonic restaurant in Arkansas.

He is now a partner in Lapidary Capital Group which owns 13 Sonic restaurants in Arkansas and Alabama. He has served on Sonic’s Franchisee Advisory Council. In 2020, he began taking on private business clients providing mentoring and legal advice. Pat  has offices in Little Rock, Arkansas and Birmingham, Alabama.” 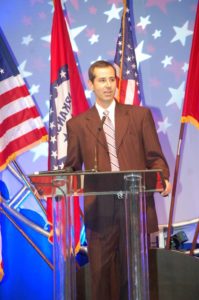 “Writing helps me continue to learn and grow.”

Stay up to date with blog posts and information centered around my investments, passions, and ideas.